We would love for you to become familiar with our teachers at La Roche!

All of our dance instructors have collegiate dance education and training.
Many of our instructors are also past or current professional dancers, dancing as members of professional ballet, modern, and contemporary companies both locally and abroad.

Please discover more about us below!
​ 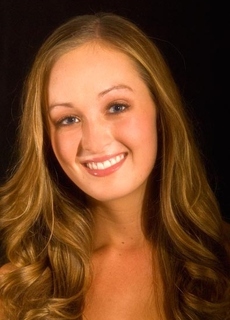 Sarah began her dance training in her hometown of Jackson, Wyoming as a member of the Dancers’ Workshop Junior Repertory Company.   There, she studied a range of styles including ballet, pointe, modern, jazz, and tap.  She also attended many summer intensives, including the American Academy of Ballet in New York, North Carolina School of the Arts, Cincinnati Ballet, Snowy Range Dance Festival at University of Wyoming, and Nashville Ballet.  Sarah then attended Butler University in Indianapolis, Indiana where she graduated with a Bachelor of Arts degree with honors in Dance Pedagogy (dance teaching).  There, she refined her dance technique in a range of styles, and danced with the Butler Ballet and Butler Chamber Dance under many renowned choreographers.  While in Indiana, Sarah taught ballet, jazz, and tap at Innovations Dance Center and directed the school’s production of The Jungle Book.
Following graduation, Sarah moved to Colorado to dance professionally with David Taylor Dance Theatre, followed by Apex Contemporary Dance Theater.  Over the years Sarah has performed in numerous productions, with favorite roles including Dew Drop Fairy in The Nutcracker, Peasant Pas in Giselle,  and Nagina the Cobra in Rikki Tikki Tavi.  Prior to opening La Roche Academy of Dance, Sarah taught in Castle Rock  and Denver, choreographing for and directing recitals such as The Nutcracker and Alice In Wonderland as well as top scoring competition dances.  Sarah is excited to  commence  the 10 year of  La Roche Academy of Dance!!  She has loved seeing  her students grow as dancers and artists as their talent blossoms over the   years, and she looks forward to  the    experiences to  come.  Through her love of teaching, Sarah strives to pass    on her passion and  artistry for dance. 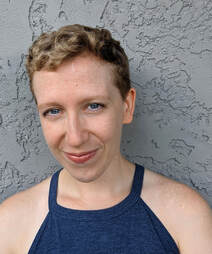 Alison Talvacchio is an actor, dancer, teaching artist, and administrator. She is new to Colorado, having just spent a year teaching dance and creating theater in Austin, TX. Previously she resided in Washington, DC, where she was a founding member and lead teacher with ReVision dance company, the modern dance company in residence at Dance Place. She also taught and choreographed at Imagination Stage, a children’s theater in Maryland. Alison is a proud graduate of the Catholic University of America’s Drama Department. 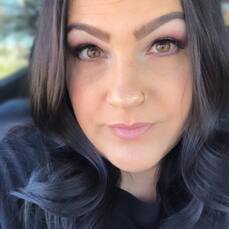 Darcy just moved to beautiful Castle Rock from Arizona where she was born and raised and also where she began her dance career at age 2. Growing up she studied a variety of different dance styles including jazz, tap, ballet, gymnastics, hip hop, contemporary, and even clogging. She has studied and performed with Ballet Arizona as well as The Eugene Ballet Company in The Nutcracker. She began assisting when she was 13 years old and by 16 was teaching several  of her own  classes and has never really stopped.  She has traveled all over the country to places like Florida, California, Las Vegas, Hawaii, and on multiple cruise ships. Darcy hopes to share her love for dance for many years to come and is excited to start this new chapter here in Colorado at La Roche Academy of Dance! 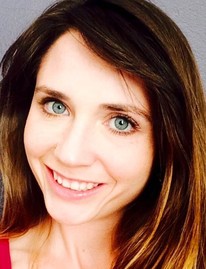 Janessa is a Colorado native who fell  in love with dance at the age of two.  After many years of ballet training, she expanded her focus and started  competing at age eight in jazz, tap, lyrical, and ballroom.  Coming from a musical family, Janessa also grew up learning piano, cello, and  voice.  Along with numerous dance  competitions and recitals,  she has performed in many musical theater performances.  In 2010, Janessa graduated from Metropolitan State University of Denver with a BA in Aerospace Science and a minor in Dance Performance.  She has performed with the Life/Art Dance Ensemble contemporary company in Golden, Colorado and has experience teaching at various studios.  Janessa is excited to continue her career with the La Roche family, and loves  sharing her passion  and knowledge  of dance through her teaching and choreography. 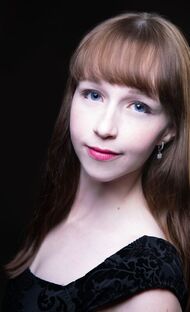 Montana O’Brien started dancing at the age of four. Growing up she trained with Ballet Arizona,  Bolshoi Ballet, The Jillana School, Colorado Ballet Academy, and Classical Ballet Academy. She  has a Bachelor of Fine Arts in Ballet from the University of Utah where she performed in La Bayadère, Les Slyphides, and several original works including Bloom by Penny Saunders. At  the University of Utah, she trained under Pablo Piantino, Calvin Kitten, and Jan Fugit among others. After graduation, she relocated to Virginia to join Charlottesville Ballet and performed in   The Nutcracker, Cinderella, and an original work titled New Moon. In addition, Montana was a  teaching assistant in Richmond Ballet’s Minds in Motion Team XL outreach program. However,  she missed Colorado and moved back. Currently she trains under Jayne Persch. She is a  Teaching Artist with Colorado Ballet’s Education Department. Montana is an ABT® Certified Teacher, who has successfully completed the ABT® Teacher Training Intensive in Pre-Primary  through Level 3 of the ABT® National Training Curriculum. Outside of performing and teaching,  Montana is a model and aerialist.

Carlee began dancing at the age of three, developing her love for the art form into her life as a young adult. She  continued her ballet  training upon her arrival at La Roche Academy of Dance, appearing as Aurora in Sleeping Beauty, Sugarplum Fairy in The Nutcracker, and more. Her training also includes tap and lyrical. In addition, teaching remains a passion of Carlee's, as she aims to instill self-confidence and establish a welcoming environment for all her students. While dancing at La Roche for six years, Carlee not only developed her technique and artistry, but formed lifelong bonds with fellow students and teachers.  Currently, she studies journalism and dance at Colorado College. Overall, Carlee aspires to encourage and uplift others as her prior teachers at La Roche did her. 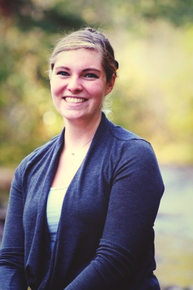 Hannah Jorgensen began dancing in Castle Rock at age 3, kicking off a lifelong passion for dance.
She then started dancing with La Roche Academy of Dance in its founding year, focusing mostly on ballet and pointe        classes. She attended Douglas County High School and danced for the International Baccalaureate Program, honing          her technique and choreographing original pieces. After graduation, Hannah continued to take dance classes in            college while completing her Bachelor of Arts in English at the University of Colorado Boulder, always coming back to her dance family to help with recitals.
She is incredibly excited to return to La Roche as a teacher and be a part of the world of dance she loves so much.     She hopes to inspire young dancers to find joy through movement as she has found. 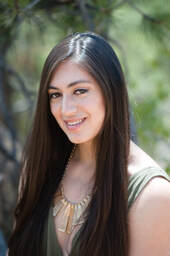 Jaylin (Jay) Escamilla grew up between Castle Rock and Denver, and competed for Castle Rock School of Gymnastics for 12 years. She also attended Hamline University in St. Paul, Minnesota to compete, returning after her first year due to an elbow injury. However, she continued to coach while working through beauty school, and is now a fully licensed hairstylist working in Parker. Jay still lives here in Castle Rock, and is excited to coach and see a new set of young ones tumbling, flipping, and loving the sport the way she does! 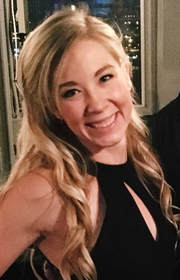 Lenise was raised here in Castle Rock, Colorado! She grew up competing in gymnastics from age 8 through 18. Her love of the sport brought her to start coaching gymnastics, cheer, and tumbling, and has been doing so for over 5 years. After graduating high school at Douglas County High School, she moved up to Denver where she received her Bachelor’s Degree in Human Nutrition and Dietetics at Metropolitan State University. She went on to get her certification as a Dietitian Technician and worked at Children’s Hospital for three years.
She eventually made the transition to change careers and started working more in the business world. Now she is working for a small leasing company in Lone Tree, Colorado.
​Life eventually lead her and her husband Sam back down to Castle Rock in 2017 where they bought their first home! Being back in this wonderful community has been such a blessing and she is excited to be a part of the family at La Roche were she coaches tumbling and acrobatic skills! 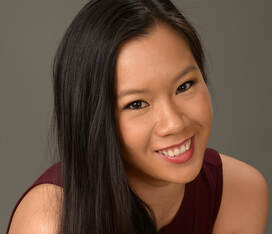 ​Anhthi "Maria" Nguyen began dancing at age fifteen on a full scholarship at Movement Laboratory, a pre-professional ballet school based in Lebanon, PA.  In 2010, she received her Bachelor of Science in Dance, the first in her program at Drexel University in Philadelphia, PA. During her time at Drexel, she participated in several youth out-reach programs such as the Drexel Touring Ensemble and the Youth Performance Exchange.  She was selected several times as a student choreographer to set pieces on the Drexel Dance Ensemble (DDE).  Throughout her four years of study, she was also a recipient of the Drexel Dance Scholarship and in her Senior year received an award for Outstanding Contribution to the DDE.  She also performed with resident artists such as Marienella Boan, Jumatatu Poe, Meredith Rainey, Whit MacLaughlin, and Kun-Yang Lin.  After graduation she became an apprentice with Olive Prince Dance for their 2010 Live Arts piece “I desire” and performed choreography by Renee Banson in the 2010 Philly Fringe Festival.  In 2011, she began performing with companies such as Dancefusion, Band of Artists, Underground DanceWorks (UDW), and Group Motion.  Following that year, Maria also began teaching at studios such as Elite Dance Academy and working with PhillyBOOST, a public school “out-of-school hours” program aimed to offer courses that pursue youth interests such as dance.  She has recently relocated to Denver and is blessed to be continuing her career as an educator and long lasting student of dance.
​